Our veterans made so much sacrifice for our country. Whether Iraq, Afghanistan, Vietnam, or wherever there is conflict, they put their lives on the line just the same.  After the service that they have given to the country is over, they are left with nothing but wounds (physically, emotionally, and mentally).  And another sad reality is that not all retirees are given generous pension or even enough for them to live on for the rest of their lives.

One veteran I had the opportunity to chat with said he was overseas for almost ten years.  He didn’t get the opportunity to see his children while growing up.  His youngest didn’t even recognize him when he came back.  It was heartbreaking for him, even more, when upon his return he didn’t know how or where to start.   With his injury, he was forced to retire early, and the pension he was receiving was just enough for his needs.  He was at lost, jobless, confused, and most of his day he spent staying at home doing the chores.  This made him feel more depressed.

He is not the only veteran who felt that way.  Talking to more retirees, I found out that most of them have the same experience of feeling lost after they retire from the service.  Some have no choice but to do part-time jobs just to have extra income and be productive, but others find it hard to land a job. Others are thinking of going into business but don’t know how or where to get the money to start one.

Organizations Who Assist Veterans Get Their Life Back

In doing my research, I came across nonprofit organizations that help veterans adjust to the civilian world.   Others teach and guide them about business, and even assist them on how to get a loan to start.

Our military men are used to a life where things were laid before them by their superiors.  Everything is scheduled, everything is monitored, and almost every single thing they do is dictated to them.  In the outside world, that’s not the case anymore.  Out here is the real jungle that they have to survive without someone telling them what time to do things or what things they are to do.   They have to decide things on their own, and this is the reason why most of them fail to find hope and get their normal life back.

Local veterans from North Carolina formed an organization, Charlotte Bridge Home, which aims to help veterans shift from the Army to civilian life.  They reach out to veterans and guide them so they can find their valuable skills through their military experiences.   These skills will be their ticket back to finding jobs or doing business.  Charlotte Bridge Home assists the veterans in developing self-esteem to empower them by providing them with knowledge (through training) and resources to start rebuilding their lives after the military.

Veterans Business Outreach Center of Florida is an organization that aims to empower Florida’s veterans and their household to be successful entrepreneurs.  They conduct training and counseling and offer resources so these veterans will be able to provide for themselves and their families.

The owner of Veterans 4 You, LLC, Mr. Tim Farrell, was able to expand his business with the help of VBOC.  Now, he is winning contracts from the federal government which amounts to $2 billion.

Former US Air Force Torrance Hart once thought of starting a business.   She believed that the skills she developed from joining the Air Force would help her a lot in this venture, and will allow her to transition naturally to her new environment.   The skills she confidently shared were her ability to be organized, disciplined, and motivated.  Torrance Hart is now the owner of Teak & Wine.

Life after the military is never comfortable.   This is no secret from the public, and the veterans themselves experienced it.  Good thing they decided to form these groups to help veterans pick up from where they left off or start their new life from nothing.

These organizations have helped thousands of veterans transition from their military to private citizen life, and each veteran is helped according to his needs.   Our veterans should not be treated as victims of wars, but rather wounded heroes who need healing, and they will only heal if we help them.

Veterans After The War 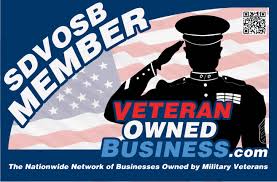